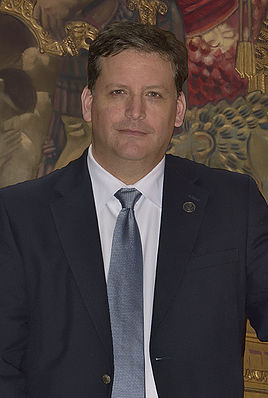 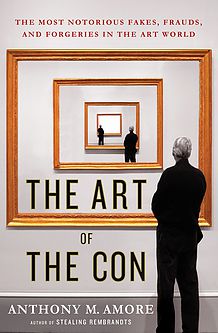 Join us for The Art of the Con: The Most Notorious Fakes, Frauds, and Forgeries in the Art World with Anthony Amore, author and head of security at the Isabella Stewart Gardner Museum in Boston!

Art scams are today so numerous that the specter of a lawsuit arising from a mistaken attribution has scared a number of experts away from the business of authentication, and with good reason. Art scams are increasingly convincing and involve incredible sums of money. The cons perpetrated by unscrupulous art dealers and their accomplices are proportionately elaborate.

The Art of the Con by Anthony Amore tells the stories of some of history's most notorious yet untold cons, frauds, and forgeries. They involve stolen art hidden for decades; elaborate ruses that involve the Nazis and allegedly plundered art; the theft of a conceptual prototype from a well-known artist by his assistant to be used later to create copies; the use of online and television auction sites to scam buyers out of millions; and other confidence scams incredible not only for their boldness but more so because they actually worked. Using interviews and newly released court documents, The Art of the Con will also take the reader into the investigations that led to the capture of the con men, who oftentimes return back to the world of crime. For some, it s an irresistible urge because their innocent dupes all share something in common: they want to believe.

Praise for The Art of the Con:

The Art of the Con is must reading for any true-crime fan. Brazen museum thefts get all the headlines, but Anthony M. Amore makes it clear that the real money in art crime is to be made from forgeries, fakes, online auctions, laser printers and other 21st-century technologies. And Amore's diverse, colorful crew of art-gallery grifters and scammers have been reaping the kind of ill-gotten gains that old-school criminals could only dream of. Highly recommended!"

ANTHONY M. AMORE is an expert in security matters and head of security and chief investigator at the Isabella Stewart Gardner Museum in Boston. He is the co-author of Stealing Rembrandts, which was a Wall Street Journal True Crime Best Seller. Before joining the Gardner Museum in 2005, Amore worked for the U.S. Department of Homeland Security's Transportation Security Administration (TSA) and was a Special Agent with the Federal Aviation Administration. He lives in Boston, MA.

The Art of the Con: The Most Notorious Fakes, Frauds, and Forgeries in the Art World (Paperback)