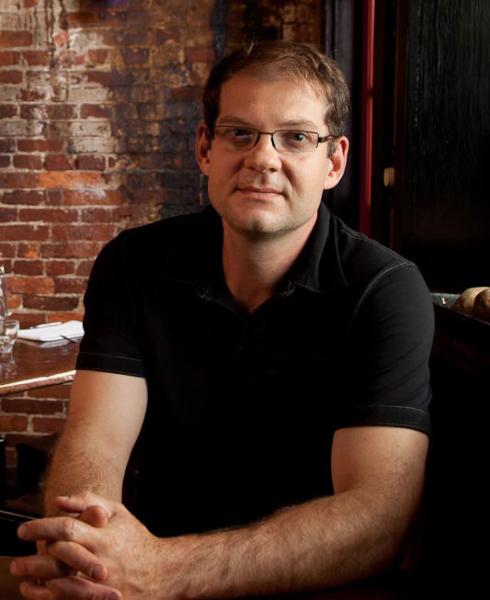 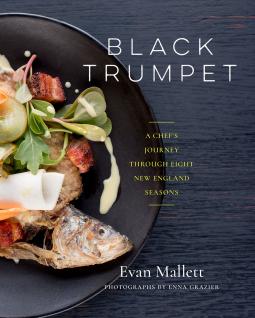 Join us for a conversation between celebrated local chef Evan Mallett, owner/chef of Black Trumpet and author of the new cookbook, Black Trumpet: A Chef's Journey Through Eight New England Seasons, and restaurant critic and writer Rachel Forrest on Friday, October 7th at 7pm.

The basis of great cooking has always been the creative use of fresh, seasonal ingredients – whether the kitchen is at home or in a high-end restaurant.

At the renowned Black Trumpet restaurant, located in the historic seacoast city of Portsmouth, New Hampshire, Chef Evan Mallett and his staff reflect the constantly changing seasons of New England, celebrating the unique flavors and traditions of fished, farmed, and foraged foods in their ever-changing menus that rotate roughly every six weeks throughout the course of the year.

From deep winter’s comfort dishes to the first run of maple syrup during Mud Season; from the first flush of greens in early spring to the embarrassment of high summer’s bounty and fall’s final harvest—Evan Mallett offers more than 250 innovative recipes that draw not only on classic regional foodways, but on the author’s personal experiences with Mexican, Mediterranean, and other classic world cuisines. Recipes include inspired and delicious dishes such as:

Black Trumpet not only tells the story of a great restaurant—how the Black Trumpet became nationally famous as a model for local food sourcing and community involvement—but it also traces the growth and evolution of the local food movement. In some ways, it can be viewed as a how-to manual for building a community around good food, featuring not only creative and delicious recipes, but autobiographical vignettes, and sidebars containing technical how-to information, profiles, anecdotes, and essays.

In this cookbook, the trappings of technology are eschewed, and the bare-bones essentials of extracting flavor and combining both commonplace and unusual ingredients take center stage. Genuine flavor and hospitality are what set Black Trumpet apart, and this cookbook will reflect those special qualities and inspire a new generation of adventurous American cooks.

"Rare is the book that can both deepen your appreciation of tradition and open your mind to innovation, yet Black Trumpet seems to accomplish this on nearly every page. You think it s all been done, and then Evan Mallett shows you it hasn t. In a region swimming with farm-to-table chefs, Mallett has managed to break free and create something truly new an original cuisine that tells the story of modern coastal New England in words, images, and an extraordinary palette of flavors."

--Rowan Jacobsen, author of American Terroir and The Essential Oyster

"The only complaint I've ever had about Evan Mallett's acclaimed Black Trumpet restaurant is that it's too far from where I live for me to dine there as often as I'd like. With this book, I'm finally able to enjoy Mallett's imaginative, seasonal, and ultra-tasty food at home any time the urge hits and it will hit often."

Chef Evan Mallett’s path to professional cooking was a sinuous one, wending its way from Washington, D.C. up the coast to Boston and ultimately the small seaport city of Portsmouth, New Hampshire.  In 2007 Evan and his wife Denise bought what would become the Black Trumpet, becoming stewards of an historic restaurant location—an old ship’s chandlery that in 1970 first opened as the legendary Blue Strawbery, a pioneer of New American cuisine. Evan is a three-time James Beard semi-finalist for Best Chef, Northeast. He is actively involved and sits on the boards of Chef's Collaborative, Slow Food Seacoast, and the Heirloom Harvest Project, an initiative that brings together farmers, chefs, and educators to identify and restore a food system native to the greater New England Seacoast region. 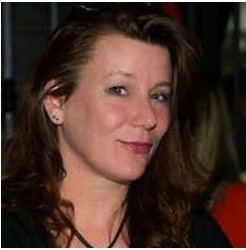 Rachel Forrest has been a journalist for the last 15 years, writing in newspapers, magazines, and online on a variety of subjects, including musicians, authors, interior design and architecture, film, art, tattooing, and many social subjects. Much of her writing is focused on food, drink, and restaurants, including two local columns, Wine Me Dine Me and Dining Out, centered on the Seacoast food scene. She is also the co-author of the cookbook, Maine Classics.