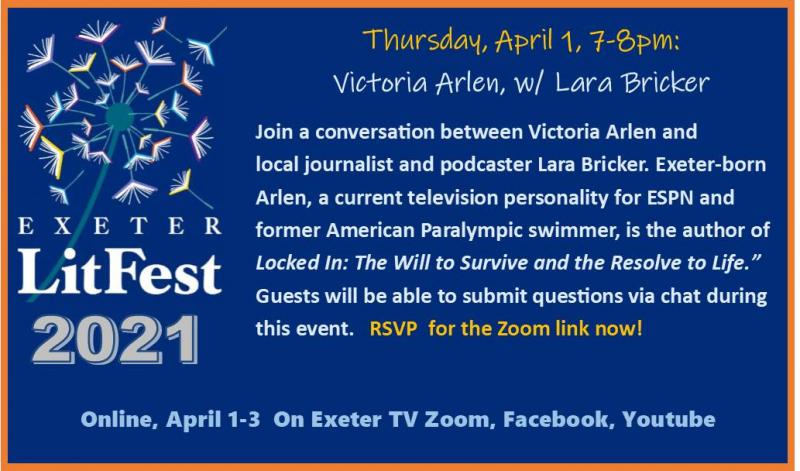 ESPN personality, former Dancing with the Stars contestant, and Paralympics champion Victoria Arlen shares her courageous and miraculous story of recovery after falling into a mysterious vegetative state at age eleven and how she broke free, overcame the odds, and never gave up hope.

When Victoria Arlen was eleven years old, she contracted two rare diseases simultaneously and fell into a mysterious vegetative state. For two years her mind was dark, but in the third year, her mind broke free, and she was able to think clearly and to hear and feel everything-- but no one knew.

Her doctors wrote her off as a lost cause, and Victoria remained a prisoner in her own body for nearly four years. But every day, silently in her own mind, Victoria would pray to God, and she promised Him that if He gave her a second chance, she would make every moment count, and change the world for the better.

At fifteen, against all odds and medical predictions, Victoria woke up. Finally she was able to communicate through eye blinks, and gradually, she regained her ability to speak and eat and move her upper body, but she faced the devastating reality of paralysis from the waist down because of damage to her spine. However, Victoria didn't lose her strength or steadfast determination, and two years later, she won a gold medal for swimming at the London 2012 Paralympics. She went on to become one ESPN's youngest on air-personalities and, after nearly ten years of paralysis, she learned to walk again and even competed on Dancing with the Stars.

In Locked In, Victoria shares her inspiring story--the pain, the struggle, the fight to live and thrive, and most importantly, the faith that carried her through. Her journey was not easy, but by believing in God's healing power and forgiveness, she is living proof that, despite seemingly insurmountable odds and challenges, the will to survive and resolve to live can be a force stronger than our worst deterrents.

Victoria Arlen's life drastically changed in 2006 when she developed two rare conditions known as Transverse Myelitis and Acute Disseminated Encephalomyelitis. In 2010 after almost four years, she began the fight back to life, learning how to speak, eat, and move all over again. She not only recovered, but she has since become an accomplished motivational speaker, actress, model, and swimmer. She has won three Silver medals and a Gold medal for swimming from the London 2012 Paralympic Games and has broken multiple World, American, and Pan American records. In April 2015, she joined ESPN as one of the youngest on-air talents hired by the company, reporting for espnW, X Games, and Sportscenter across all platforms. She has become world famous not only for her story and accomplishments, but for her message, "Face It, Embrace It, Defy It, Conquer It." She is the author of Locked In.

Locked In: The Will to Survive and the Resolve to Live (Paperback)