Evangelicals and scholars of religious history have long recognized George Whitefield (1714-1770) as a founding father of American evangelicalism. But Jessica M. Parr argues he was much more than that. He was an enormously influential figure in Anglo-American religious culture, and his expansive missionary career can be understood in multiple ways. Whitefield began as an Anglican clergyman. Many in the Church of England perceived him as a radical. In the American South, Whitefield struggled to reconcile his disdain for the planter class with his belief that slavery was an economic necessity. Whitefield was drawn to an idealized Puritan past that was all but gone by the time of his first visit to New England in 1740.

Parr draws from Whitefield's writing and sermons and from newspapers, pamphlets, and other sources to understand Whitefield's career and times. She offers new insights into revivalism, print culture, transatlantic cultural influences, and the relationship between religious thought and slavery. Whitefield became a religious icon shaped in the complexities of revivalism, the contest over religious toleration, and the conflicting role of Christianity for enslaved people. Proslavery Christians used Christianity as a form of social control for slaves, whereas evangelical Christianity's emphasis on "freedom in the eyes of God" suggested a path to political freedom. Parr reveals how Whitefield's death marked the start of a complex legacy that in many ways rendered him more powerful and influential after his death than during his long career.

"Jessica M. Parr's well-written and well-researched Inventing George Whitefield takes a unique and compelling angle by not only describing who Whitefield was and what he did but also by explaining how he became so profoundly symbolic in the broader Atlantic world."

"Readers interested in transatlantic revivalism or slavery and Christianity will find much to think about after reading this book. It is a useful and engaging addition to the literature on the Great Awakening and Whitefield." 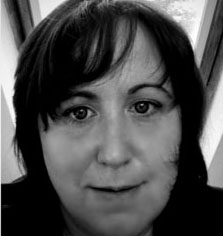 Jessica M. Parr, Exeter, New Hampshire, is a historian specializing in race and religion in the early modern British Atlantic world. She currently teaches at the University of New Hampshire at Manchester.

Inventing George Whitefield: Race, Revivalism, and the Making of a Religious Icon (Paperback)