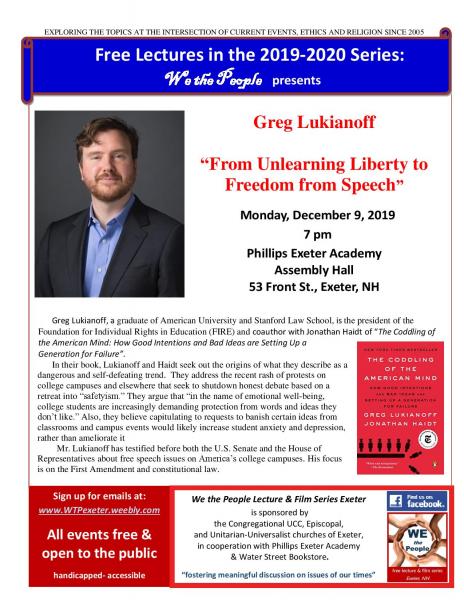 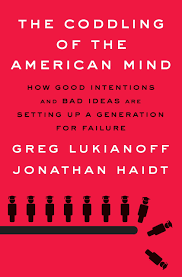 Something has been going wrong on many college campuses in the last few years. Speakers are shouted down. Students and professors say they are walking on eggshells and are afraid to speak honestly. Rates of anxiety, depression, and suicide are rising--on campus as well as nationally. How did this happen?

First Amendment expert Greg Lukianoff and social psychologist Jonathan Haidt show how the new problems on campus have their origins in three terrible ideas that have become increasingly woven into American childhood and education: What doesn't kill you makes you weaker; always trust your feelings; and life is a battle between good people and evil people. These three Great Untruths contradict basic psychological principles about well-being and ancient wisdom from many cultures. Embracing these untruths--and the resulting culture of safetyism--interferes with young people's social, emotional, and intellectual development. It makes it harder for them to become autonomous adults who are able to navigate the bumpy road of life.

Lukianoff and Haidt investigate the many social trends that have intersected to promote the spread of these untruths. They explore changes in childhood such as the rise of fearful parenting, the decline of unsupervised, child-directed play, and the new world of social media that has engulfed teenagers in the last decade. They examine changes on campus, including the corporatization of universities and the emergence of new ideas about identity and justice. They situate the conflicts on campus within the context of America's rapidly rising political polarization and dysfunction.

This is a book for anyone who is confused by what is happening on college campuses today, or has children, or is concerned about the growing inability of Americans to live, work, and cooperate across party lines.

Greg Lukianoff is the president and CEO of the Foundation for Individual Rights in Education (FIRE). Lukianoff is a graduate of American University and Stanford Law School. He specializes in free speech and First Amendment issues in higher education. He is the author of Unlearning Liberty: Campus Censorship and the End of American Debate and Freedom From Speech.

We The People is a free lecture and film series, founded in 2005, that invites you to engage on issues at the intersection of current events and religion. We The People is sponsored by the Congregational, Episcopal, and UU churches of Exeter, in cooperation with Phillips Exeter Academy.

The Coddling of the American Mind: How Good Intentions and Bad Ideas Are Setting Up a Generation for Failure (Paperback)