What We're Reading: May 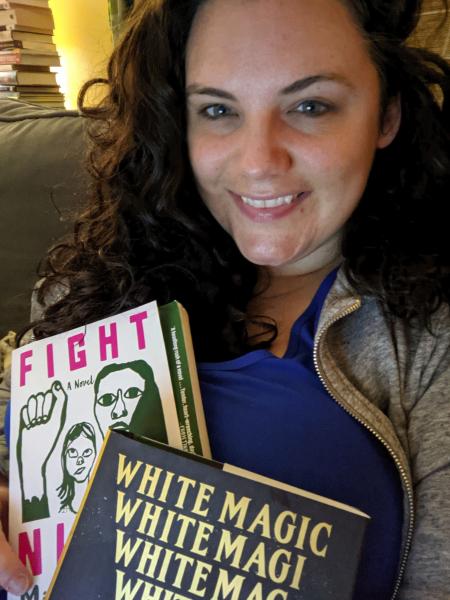 What Stef is Reading

White Magic is a fantastic essay collection from a Native writer. She writes about growing up, abusive romantic relationships, her struggles with alcoholism, and the trauma of being a Native person in a white world. It's eye-opening and heartbreaking.

Fight Night is the upcoming book from Miriam Toews, whose last book, Women Talking, was such a revelation. This is the story of three generations of women, told mainly from the perspectives of 9 year old Swiv and her grandmother Elvira, who is an absolute hoot. It's funny and endearing and wonderful so far. (Releases 10/5) 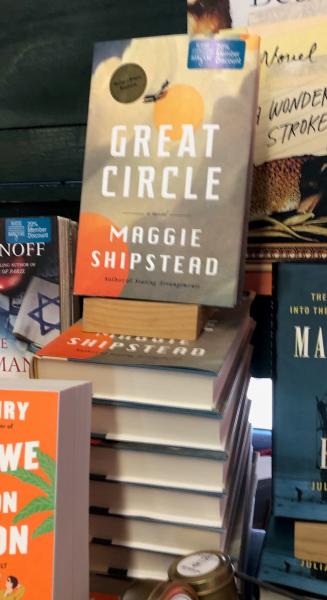 What Carolyn is Reading

Follow Marian Graves, an inspiring aviator, around the world in 1914, on amazing adventures. A century later, Hadley Baxter, an acclaimed Hollywood actress, is inspired by the legacy of the famous female aviator, Marian, and begins her own global journey. The history and geography of the fates of these two determined women intertwine to create a story that is thrilling, emotional and a rewarding read!

What Alice is Reading

As Long As Grass Grows by Dina Gilio-Whitaker

​​​​​​​Actually a re-read because I started it last year and did not finish it, because it's a dense book! Gilio-Whitaker discusses the place that Indigenous people have always had in relation to the land that was disrupted by colonization and genocide, revealing the biases and prejudices that are baked into how our society deals with nature and the people attached to it.

Empire of the Wild by Cherie Dimaline

This was fast paced and packed in a lot of metaphors for such a quick story about being First Nations, the power of old, but still living, beliefs, and how the desire to survive in a society that makes survival a priority pushes people to betray each other. 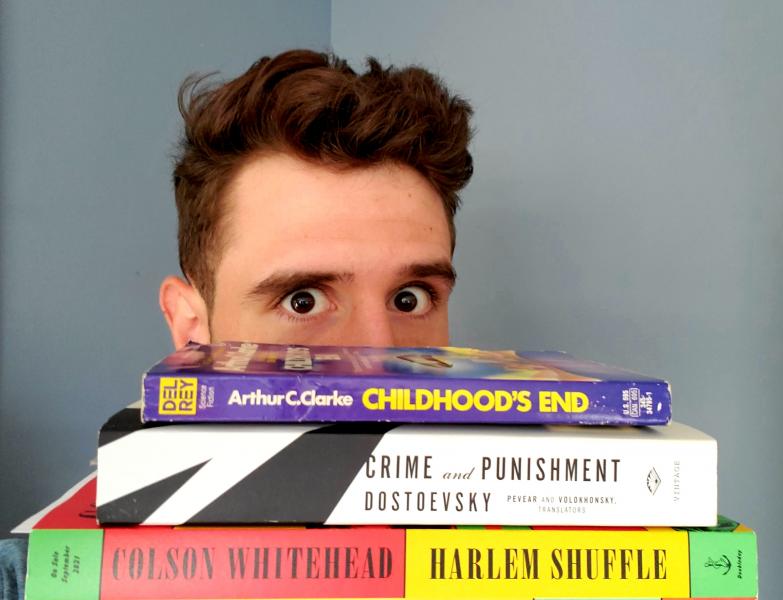 What Alden is Reading

Crime and Punishment by Fyodor Dostoevsky

I’ve been working my way through some classics and I’m currently digging into Dostoevsky’s Crime and Punishment— murder, guilt, and suspicion galore.

Colson Whitehead’s upcoming novel, Harlem Shuffle, is centered around a furniture salesman in 1960s Harlem. Ray Carney’s struggle is a balancing act between his family, his local reputation, and the criminal activity that he stumbles into. (Releases 9/14)